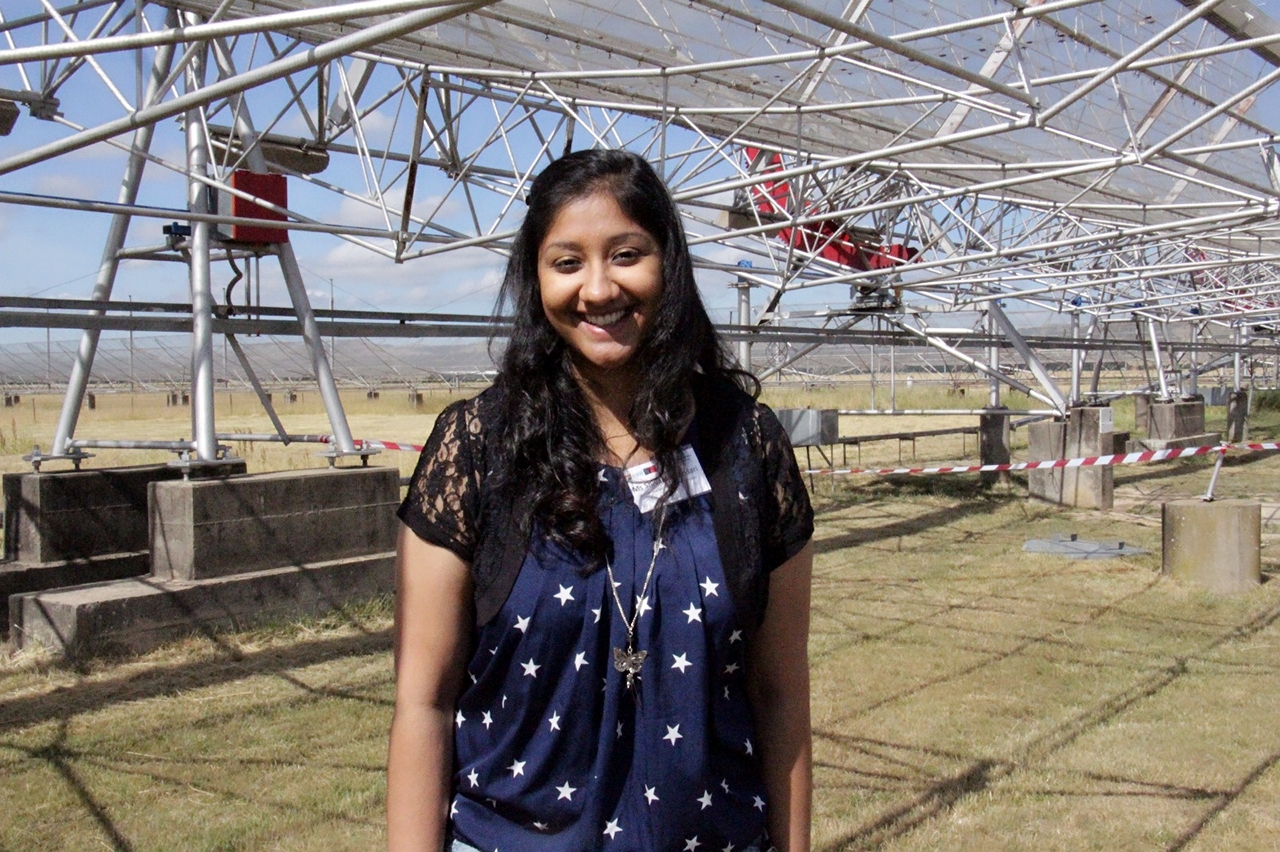 JIVE Researcher Shivani Bhandari has been the recipient of one of the NWO-Veni grants announced today that will allow her to develop research in the field of Fast Radio Bursts for a period of three years.

The Dutch Research Council (NWO) has awarded 89 promising young scientists from the  science domains Science (ENW) and Health Research and Development (ZonMw) a Veni grant of up to 280,000 euros to allow the laureates to further develop their own research ideas for a period of three years.

​​Peeking into the lairs of Fast Radio Bursts

Dr Bhandari's project will study Fast Radio Bursts (FRBs) using the LOFAR telescope and VLBI Networks such as the European VLBI Network (EVN). FRBs are mysterious astronomical radio flashes that last for only milliseconds and originate from distant galaxies. However, despite the discovery of hundreds of FRBs, astronomers still do not firmly understand what sources produce them, or how they do so. The awarded research project will use the upgraded LOFAR telescope to probe the local environments of repeating FRBs by measuring the distortions that are imprinted on such bursts by their environment and thereby decipher their physical nature. In addition, it will also use LOFAR international stations and VLBI to localise FRBs to sub-arcsecond precision and study their host galaxies.

Shivani Bhandari is ​​an AstroFlash postdoc based at the Joint Institute for VLBI ERIC (JIVE) with a guest appointment at the University of Amsterdam. She did her Ph.D. at Swinburne University (Australia) followed by a research postdoctoral position at the Space and Astronomy, CSIRO in Australia. She is an expert on FRBs and uses various radio facilities to perform follow-up observations of FRBs and their host galaxies. Her research interests include all aspects of the transient and variable radio sky, including the physics of known and unknown sources (in particular FRBs and neutron stars), the design of surveys, and telescope operation to search for transient sources and implementation techniques to obtain new results. She is actively involved in a number of international collaborations. She is also an effective science communicator and greatly encourages young women to pursue a STEM career.

The Joint Institute for VLBI ERIC (JIVE) has as its primary mission to operate and develop the European VLBI Network (EVN) data processor, a powerful supercomputer that combines the signals from radio telescopes located across the planet. Founded in 1993, JIVE is since 2015 a European Research Infrastructure Consortium (ERIC) with seven member countries: France, Italy, Latvia, the Netherlands, United Kingdom, Spain and Sweden; additional support is received from partner institutes in China, Germany and South Africa. JIVE is hosted by the NWO-I Netherlands Institute for Radio Astronomy (ASTRON) in the Netherlands.