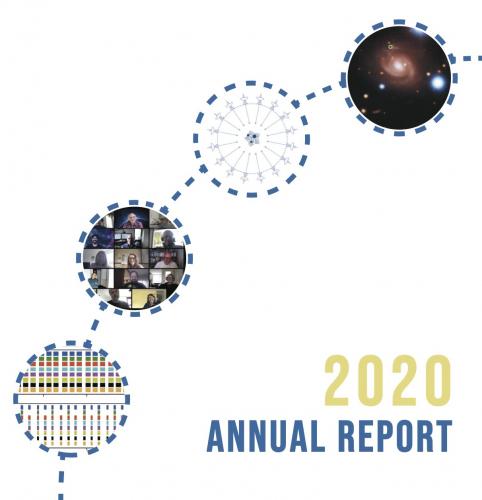 The JIVE Annual Report 2020 is now available. It presents a summary of JIVE's many activities throughout the year. The contents include:

The Joint Institute for VLBI ERIC (JIVE) has as its primary mission to operate and develop the EVN data processor, a powerful supercomputer that combines the signals from radio telescopes located across the planet. Founded in 1993, JIVE is since 2015 a European Research Infrastructure Consortium (ERIC), currently with seven member countries: France, Italy, Latvia, the Netherlands, United Kingdom, Spain and Sweden; additional support is received from partner institutes in China, Germany and South Africa. JIVE is hosted by the Netherlands Institute for Radio Astronomy (ASTRON) in the Netherlands.