Huib van Langevelde to step down as JIVE director 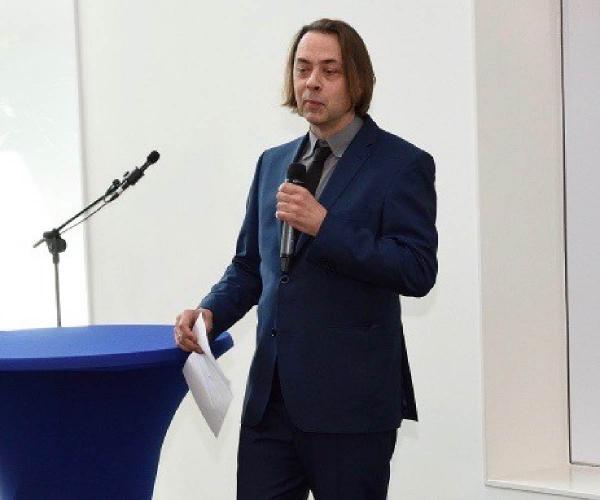 After serving as the director of JIVE for a decade, Huib van Langevelde will continue his career at JIVE in a different role. The council of the JIV-ERIC accepted his aspiration to spend more time on science and development, and they are beginning the process of selecting a new director. After serving JIVE in various roles, Huib van Langevelde took on the responsibility of acting director in 2007 and then the position of director in 2008.

JIVE was founded more than two decades ago to serve the European VLBI Network. Through use of the correlator at JIVE, telescopes across Europe are able to work together to provide very high-resolution images of the radio sky. JIVE provides data for astronomer users, while running multiple programmes to support the astrophysical use of the VLBI facility and innovate it for future discoveries. In 2015 Huib van Langevelde accomplished a transition for JIVE into an ERIC - a European entity for excellent international research infrastructures. As a result, JIVE has recently enlarged its membership and attracted funding for new VLBI developments.

After handing over to a new director, Huib van Langevelde intends to focus on scientific research in the field of maser astrometry, but will also work on techniques and software for VLBI data processing. He will continue to teach radio astronomy at Leiden University.

The JIVE Council would like to take this opportunity to acknowledge the achievements of Huib van Langevelde in bringing JIVE to its current very successful position, with additional member countries, a secure footing as an ERIC to carry out the central functions of the European VLBI Network, an ambitious global outlook and vision through Jumping JIVE, an innovative development programme as part of RadioNET and ASTERICS and a strong reputation for supporting world-leading VLBI science at all levels. We recognise Huib van Langevelde's wish to pass on the role of directing JIVE at a point when JIVE has a secure position, a very positive outlook and can play a key role in 21st century radio astronomy.